Vilém Pospíšil, lawyer and financier, the first governor of the Czechoslovak National can certainly be considered among the founding personalities not only of the Czechoslovak state and its economy, but also of Freemasonry. He can rightly be seen as Rašín’s contemporary and successor in many respects.

Vilém Pospíšil was born in Vysočina, in Nový Rychnov near Pelhřimov, with which he maintained a lifelong relationship. Eventually, he built a villa there, and supported his village financially – in the construction of a water supply system, a school, or in the building of a municipal pawnshop. His name can also be found at the nearby pilgrimage site at Křemešník, where he donated a stained glass window near the altar of the local pilgrimage church.

He graduated from the Pelhřimov grammar school and went to Prague to study law. During his studies, he earned a living in the editorial office of the magazine Politik, where he gained general knowledge and many personal contacts. From the beginning of the 20th century, his life was connected with the Prague City Savings Bank, of which he became director in 1917 and even chief director from 1919-1926. From 1916 he was married to Zdeňka Sedláková, the daughter of Prokop Sedlák, an Old Bohemian MP and successful businessman, who sat on the boards of directors of important financial companies such as Živnobanka, Pojišt’ovna Slavie and První občanské záložna. Vilém Pospíšil was politically closest to the remnants of the Old Czech Party at this time.

Pospíšil was a man of many interests and activities, he fell in love with motorcycles, and he loved classical music. He devoted his lifetime to professional literary activities, he wrote, for example: Mezinárodní stránka současného problému měnového (The International Side of the Present Monetary Problem – 1922), Hlavní zásady měnové v díle Společnosti národů (The Main Principles of Currency in the Works of the League of Nations – 1930) či Světové problémy měnové (World Monetary Problems – 1936). He eventually found his Prague home in a simple villa he had built in Spořilov.

Pospíšil was involved in the resistance activities of the Maffia Resistance group, and was one of the closest collaborators of Alois Rašín and Jaroslav Preiss in the preparation of economic measures after the seizure of power on 28 October 1918. He participated significantly in the creation and implementation of Rašín’s monetary reform. And it was his involvement among the personalities who were among the founders of the Czechoslovak state (in addition to contributing to the magazine Národ) that brought him to the meeting room of Národní listy for the first meeting of the adepts of Freemasonry organized by František Sís. Pospíšil was one of the founders of the Národ Lodge, and later worked, along with a number of other personalities from the world of finance and business, in the Dílo Lodge.

With the establishment of the republic, his career received an extraordinary boost. As a close associate of Finance Minister Rašín, he became vice-chairman of the Banking Committee of the Banking Authority at the Ministry of Finance, which served as the central bank of issue. He also served as chairman of the Union of Czechoslovak Savings Banks, which he was instrumental in founding in 1920. He represented the state in the Financial Commission of the League of Nations, where he was involved, for example, in the fight against counterfeiting. He participated in a number of European economic conferences (e.g. Genoa, London), for which he was also equipped linguistically, being proficient in German, French, English, Italian and Russian.

In 1926, the National Bank of Czechoslovakia was established, and Vilém Pospíšil became its first governor on 1 April of the same year. His goal was to convert the Czech crown to the gold standard, which he managed to achieve within three years. The economic crisis of the 1930s, however, revealed the weaknesses of this solution and some economists, led by the former finance minister and Masaryk’s favourite Karel Engliš, pressed for the devaluation of the Czech crown. The government eventually sided with Engliš’s arguments in early 1934, and Pospíšil and the entire board resigned in protest. He was replaced by Karel Engliš, who then reduced the gold content of the Czech crown twice, each time by one-sixth.

Vilém Pospíšil, however, did not go into seclusion; the state continued to benefit from his rich experience, and he became a plenipotentiary (authorized minister) for international financial negotiations, including the British loan after Munich. He also held important positions on the boards of directors of the Živnostenská banka, Škoda závody and Československá zbrojovka.

During the Protectorate period, Pospíšil was in contact with the Resistance, was arrested by the Gestapo, and during the persecution following the Heydrichiad was subjected to numerous interrogations accompanied by physical violence, as a result of which he died on 27 November 1942. He found his final resting place in the family tomb in Nový Rychnov. In 1943, the Foundation for the Poor was established in his name, and the National Bank donated a considerable sum to support gifted students of the Business Academy who came from Pospíšil’s native village. 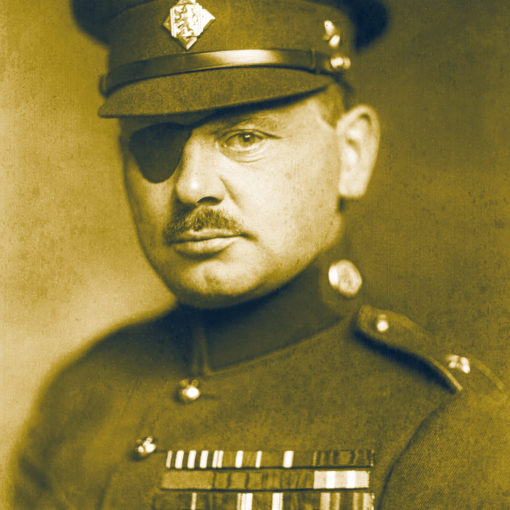 The Národ Lodge (among other Lodges) became dormant for the first time on October 14, 1938. Many Masons emigrated after this date. […]